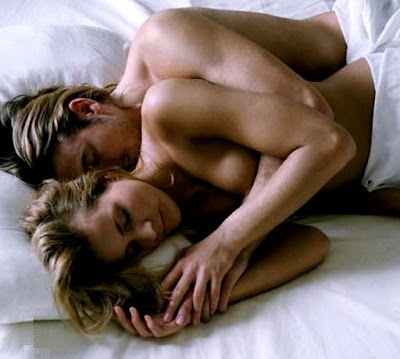 We'd talked for years about me staying the night with a lover, and I don't know which of us came the most thinking about it.

It was always a favorite fantasy for us but it never happened. We thought it would happen with a lot of fanfare and planning and anticipation. Instead it snuck up on us and was almost anticlimactic. Life is so fucking weird.
I went to my lover’s house the weekend before last and we made love until almost one in the morning. He was in rare form. I haven’t been that well screwed in months. I could hardly walk when he was done, let alone get dressed and drive home.
I had already called my husband about 11:30 that night and told him I would be a while longer (no time commitment, just a while longer). But when I looked at the clock to see it was almost 2:00 a.m. I knew I had overstayed things.
I called the house. He answered on the first ring. He was wide awake (Damn it!). I asked if he was doing okay. He said yes, and asked if we were still having sex.
I answered him honestly as always and told him no, we had finished. But it was late. I was tired. It might not be smart to be driving home so late. Maybe we should think about me staying a few more hours. (Why did I say that? A few more hours is dawn. That's staying the whole night!!!)
"A few more hours?", he asked.
"Would .......ummmm..... would you mind if I ... ummm..... just stayed the rest of the night?"
(FUCK! Why was I so nervous asking him? He beats off to this every fucking week!!)
He asked if we were going to sleep, and I told him yes, that I thought we were done having sex and I really just needed to rest.
Finally he agreed. He told me that if I was too tired to drive then I should stay where I was. We talked a minute more, I told him thank you for being understanding, that I loved him very much, and I would call him first thing in the morning. Then we hung up. I do love him.
I hadn’t spent the night with another man in decades. It was exciting and different and a little disconcerting. I curled up in his arms, he put his warm hand on the small of my back and I remembered feeling content as I drifted quickly into a deep sleep.
I was awakened by the feeling of soft kisses on my breasts, which quickly drifted lower to my stomach and then my sex. My knees parted like magnets repelling each other. Within minutes he was inside me, and we were screwing again. He was demanding, purposely weighing me down until he could finish. It was feverish and urgent. The intensity of his orgasm was matched only by my own, as we announced ourselves to the world in unison that morning.
It was a special night and a special morning. Another of our boundaries has been pushed aside. I think there may be other “all-nighters".
Posted by Amy at 5:58 AM