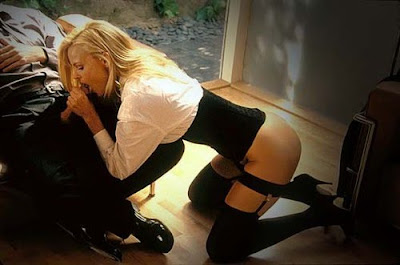 Being a Hotwife is about sex. But sex isn't necessarily just an act. It can be more, such as actions and behavior and attitude.

I love the physical pleasures of being a Hotwife. Sexually I've never been more mature, self-aware or complete as I am now. My sex life has never been more fulfilling, and I'm still meeting new people and trying new things.

For me, pleasing my lovers brings me almost as much pleasure as being pleased. What can I say? I'm a giver. Perhaps it's because I'm a woman. Perhaps it's just me.

When I'm with a man I expect to be pleased, but I always do my part to make sure he's pleased too.

Then there are those times when I just want to please them. Sometimes I don't have much time or perhaps it's that time of the month when I can't do everything with them. That calls for other talents and a different approach.

It was all about him. because I wanted it to be.  I dropped to my knees, took his cock in my mouth and spent the next ten minutes working him with lips and tongue and saliva until he erupted in appreciation. I swallowed deeply then continued to suck until his cock was drained and he began to soften. I let his cock slip out of my mouth and smiled up at him.

It's nice being able to give pleasure. It's nice having men who appreciate it.

It's nice being a Hotwife.