Condoms: My body = My decision 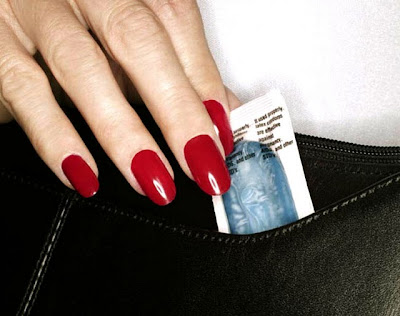 I don’t like condoms. I probably hate them more than most guys do.


I like to let things happen naturally when I have sex. I like to be spontaneous.
You can’t be spontaneous when you have to stop what you’re doing, find a condom, get it open (tough to do if you’ve already played with the lube), put it on and get back to where you left off.

Then I have to hope that the guy doesn’t lose his wood while we were doing all that. There are also guys that can’t get it up and keep it up with a condom on.

I love all that. And I hate condoms.

But sometimes, most of the time, I use them. To be sure, I don’t use always use them. When I first started seeing other men I almost always did. That was the agreement I had with my husband. Over time there were some men who I didn’t use them for one reason or another. Now I have become what I probably would call a selective condom user, but it’s still more often than not.

It's tough to say for sure how I will feel, who will use one and who will not.

If a guy wants to be with me badly enough with no condom, then he can go get a blood test and bring me proof that he’s clean. If he’s willing to work that hard for it, then I’ll probably be impressed enough to give him what he wants.