No texting and fucking 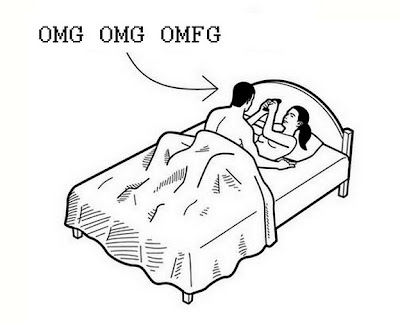 I use texting a lot with my kids and my friends and some with work. My husband wasn't much for texting until we got the new phones (the ones with the cameras).

Texting is easier on his new phone. Suddenly he's the king of texting.

It didn't take him long to figure out that texting had some benefits he hadn't considered, or he probably would have bought these new phones sooner.

Now he wants me to text him constantly, especially when I'm out with someone. But that just isn't going to work for me and I had to talk with him about it. This was one of those instances where I had to put my foot down and tell him no. He didn't like it but he's accepted it.

The guys I see wouldn't want that either. Some men I've been with don't even know I'm married. How am I going to explain constant texting over their shoulder while I'm on my back?

Sorry Charlie. Some things might seem hot but they don't work. He knows that I'll text him during dinner or if we're out for drinks or dancing. When I'm with someone I may text him if (and only if) I can do so conveniently and without interfering with our activities. But it is not something he should expect. I do text him after we're through or before I leave. That's all of the texting that he gets.

Teens text 24/7, not Hotwives. We get laid and we don't text when we're getting laid.

No texting and fucking here.