Parking. It isn't just for high school any more! 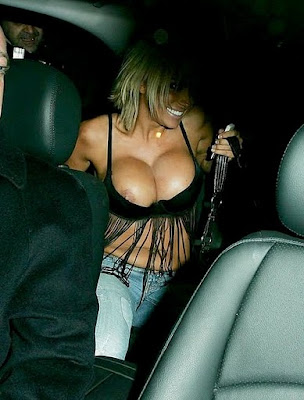 Remember parking when you were in high school?

How much fun was that? The awkward kisses. Groping each other. Getting felt up. First base. Second base. Maybe third. Maybe going all the way?

I went parking again (sort of) and you know what? It was still fun but more challenging than I remembered. Maybe cars really are that much smaller today. Or maybe I'm bigger (shut up I'm trying to be honest here, remember).

I met a guy at a local club a few months ago and at the time I definitely thought he had FB potential. But I hadn't seen him since that night and I had forgotten all about him until I ran into him again at the same club the other night.

He was there with some friends. When he saw me he came over and asked me to dance. After the dance he and I got our own table and had some drinks and talked. That's when I found out that he didn't live around here. He was from another town about 40 miles away and his best friend had moved here last year. So he was visiting here every few weekends to see his friend.

Rats! That meant no regular FB for me, and I'm really not into one night stands. He was a nice guy though. I liked him and he had the most incredible arms and chest that his shirt could barely contain. So, being the slut that I can be, I found myself sticking around and having another drink. Then another.

Then he told me he really liked me and had thought about me often since that time we first met. (Swooon.... Nice. More! More!). Okay. I'm glad I stuck around. Now I like him a lot, and then I notice "it". You know what I mean ladies? "It". That feeling you suddenly realize has crept up on you from below? The one that starts off as a barely noticeable itch but can turn into a raging twelve-alarm wildfire that it takes a certain hose to put out? Yeah. That's the one. It's here.

I had the kids at home tonight. My place wasn't an option. I asked where he was staying, and of course it was with his friend. So, what to do? What to do? What are you driving? A Ford Taurus. Does it have a backseat? Sure. Let's go.

Now, like I said, cars are smaller or I am bigger. Probably both. But I got back there and he did too. Luckily he had parked in a part of the parking lot that wasn't well lit. We had decent darkness and (I hoped) decent privacy. Neither of us got completely naked though.

We kissed and felt each other up. (Nice package pal!). My blouse came open, bra undone. His pants were unbuckled and unzipped. (Really nice package!). His pants slid down. My pants did the same. (Fuck, why didn't I wear a skirt tonight?).

I went down on him for awhile and loved what I was sucking on. He had a cock that matched his arms (thick & strong). He reached under and squeezed my tits and tried to finger me but it was tough to do with us cramped into that back seat. So I stopped sucking him and leaned back and let him finger my puss for a few minutes. I was already wet though. My itch was well into the next phase and I was pure out aching for this guy to do his thing.

I asked if he wanted to fuck. He said sure but he didn't bring a condom (He really is a nice guy). But this train was leaving the station with or without him. I told him since I was married that I was okay not using one if he wasn't. He asked what position we should try.

I sat up and swung one leg over him, facing him. His cock was a flagpole and I lowered myself onto it. He slid inside like we were made for each other. I was in heaven! I did most of the moving because I was on top. That gave me control and I rode that guy's cock exactly the way I wanted. Not too slow. Not too fast. A nice steady rhythm right up to one, and then two, of the most incredible orgasms I'd had in some time. Everything was perfect. I was so horny. I was fucking someone new. There was some danger of being caught (I was sooo trying to be quiet). His cock was perfect. It all came together perfectly, even cramped in the back of a Taurus.

He definitely wasn't a guy who suffered from premature ejaculation. Even after fucking the way we did, it took me probably 15 or 20 minutes to get him off. I was doing some world class sucking too! He asked me if I wanted to screw again, but I told him I wanted to suck him off and went back to work.

Persistence pays. After a while he got there. It was the backseat of a car and there was nowhere to put it except down my throat, so I let him blast his load in my mouth and I gulped it down for him.

We rested, shimmied our clothes back on and talked for a minute. I have his number now and he has mine. He said he'll call me the next time he comes to town. All guys say that. I'm definitely interested in getting back together. Who knows. Maybe next time we'll try it in a bed.