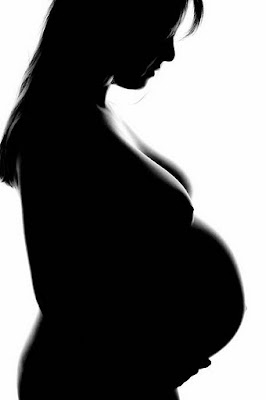 Where do I start with this one?

I'm not sure that covers the gap; But let's try, shall we?

Fade in ---- A happily married HW/cuck couple are enjoying an intimate night of romance and lovemaking. They're cuddled together in bed, their limbs entwined as they kiss and talk. His fingers gently explore the folds of her sex, teasing her and feeling her wet slit. She rubs and strokes his firm cock.

The pillow talk heats up. Their fantasies emerge.

Soon she's telling him about her latest encounter with a lover, knowing it's his favorite subject. She recounts the night of passion. Her husband begs for details. She obliges, describing every moment of that night, ending with the final explosion of her lovers cock inside her...

To which her husband replies "Maybe he even got you pregnant.......!", his cock spurting uncontrollably at the thought.

Where the fuck did THAT come from?

I have to be honest. This one was a surprise. I mean my husband and I live out a lot of fantasies. I date other guys. I sleep around. I've been with men and couples and groups. I let my husband watch me fuck. I do a lot of things to bring my, and my husbands', fantasies to life.

But having another kid? Nuh-uh. No way!! Don't go there Jack. I'm already a mom. Bringing a child into the world is serious business. It's a life long commitment. It's three months of puking, six months of struggling, one night of huffing, puffing and grunting, and then 18 years of parenthood. It's stretch marks, sore boobs and pussy sutures. I don't want that again. Been there, done that, got the pictures to prove it.

He says: It's okay. I understand. It's only a fantasy. I don't really want that. It's just the idea of it that turns me on.

I say: Are you sure? You wouldn't try to push me to get knocked up by someone else...?

NEVER, he says. He promises. He pleads for my understanding (it wouldn't be the first time).

So after thinking about this I guess I'm okay with the fantasy part of it. We talked more. I think I get it (his fantasy). I think he gets it (my concern). Okay I can deal with it. It did take me some time though.

But that's as far as I will push it. When I'm fertile a guy will wear a condom, or he's pulling out. If something unforeseen happens I've got Plan B.

I might tease my husband with the idea that someone else could/or would/or might get me pregnant. Okay, if that fantasy turns him on I'll work with it.

But that's as far as I go with this one.