Clean up on Aisle Wife 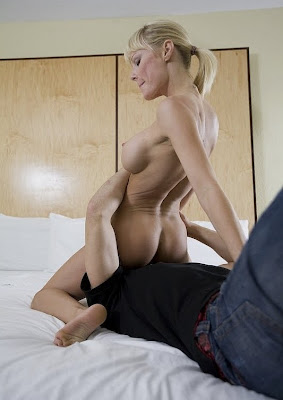 But there's one theme that persists through most of the sites I still read -- oral sex. To be exact, oral sex on the wife, after she comes home from having sex on a date. The husband goes down on her after she's been out fucking.

AKA "Clean up guy"

Women who know what they're doing know how to suck a cock, and we know what sperm tastes like. I'm a woman who enjoys sucking cock. I've sucked dozens of them and tasted my share of loads. That's part of being sexually active.

I also love it when a man goes down on me. I don't know any woman who doesn't. Oral sex is the bomb. I can't get enough. Guys who know how to please women know how to go down on us. The ones who don't aren't even in the game.

My husband gets into this sometimes (but not always). The more aroused he is the more he is likely to go down on me after I come home from being with someone. It also depends on whether or not I used a condom during sex. If I didn't, then my husband needs to be extremely turned on in order to go down on me willingly. If he's not that turned on, then I'll usually need to encourage him if I want oral sex from him after a date.

I've enjoyed getting him to do more than he wanted to on a few occasions (it's a control thing for me). On several of my dates I've come home and persuaded him to pleasure me with his tongue, even though he was reluctant. This has become easier since that first time I got him to go down on me right after someone fucked me in front of him (see my other post "Does it taste like chicken").

I've asked him what it's like to do that, and he said that it's a little overwhelming. Being excited is important he said, and unless he's really turned on it doesn't appeal to him. But if he's turned on enough he said that he's almost drawn in, and needs very little convincing to go down on me. He said that the first thing he notices is the strong smell of sex, a pungent combination of my scent mixed with the semen of another man. If I "look fucked" down there, it can excite him further.

The few times that he went down on me immediately after I fucked someone, he said he could definitely taste a difference and could even taste the semen inside me. I don't know why, but that excited me. There's something taboo about having my husband tasting another mans semen right out of my pussy, and the thought of him licking it out of me makes me quiver.

Maybe it's the fact that I like to 'make' him do that, by persuading him to go down on me. Or maybe I like rubbing his face in the fact that I just fucked someone else, since there is no way to deny it if he has someone else's semen on his lips. I'm not sure why, but it does thrill me.

Then I could get rid of that box of Kleenex tissues by the bed. Who needs them? I'd have a husband who is ready to suck it out, lap it down and clean me up. How cool would that be?