You're in charge. Now what? 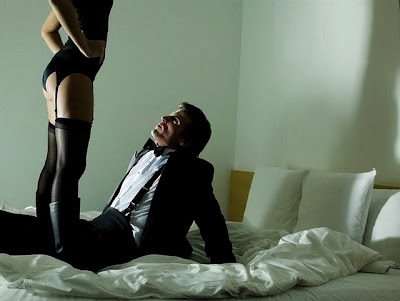 Like most marriages, swinger marriages share power between the spouses. They decide together when they will swing and who they will see and what their rules are.

Why? Because she's the one having sex!

Get it? Do you see the difference? The wife is in charge. The Hotwife life comes with benefits but that also means having to make decisions and be in charge. So ladies, step up to to the front office. You're in charge now. What are you going to do about it?

Remember when your husband would hit you up for sex and you brushed it off and he would pout around the house and you would finally give in? That's no longer your sex life.

Now your sex life is about someone else.

Now your sex life is all about you getting off with someone else.

Now your husband gets off on you getting off with someone else.

Will you always be able to find other men? No. Will they always be available? No.

Does this mean you won't have sex with your husband? Of course not! You'll still have plenty of sex with your husband. That doesn't stop. But you have to remember (ALWAYS!) that the PRIMARY FOCUS is that you prefer to get your satisfaction elsewhere. That is what your husband wants more than anything. That's what arouses him.

The day before, tell your husband about it. Don't ask him if it's okay. Just tell him you have a date tomorrow night, at whatever time it is, with whomever it is. Don't give him any details. Just let him know that you're going out with someone. Matter of fact. No argument. No debate. You're in charge. If he resists or questions you, shut him down. Tell him that you've been thinking about this, he introduced the idea to begin with and so you're going to try it. Then go mum. No more talk.

It's not just the date. It's the fact that you set up the date without asking him. You took charge. You set up a meeting that could turn sexual (in his mind) without his permission. You're in control. He's not. That's different. It's strange and scary but exciting for him (and you too).

The first date is just the start. In time you will be making all your plans. He won't. In fact he'll consider himself lucky just to be aware of them at all. But that's up to you. Remember, you're in charge now!

So what are you waiting for? Make that date!