He loves me, he loves me not. Oh SHIT! 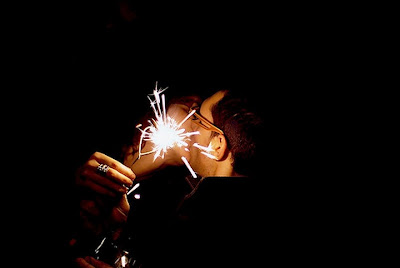 You know what they say about us women - we're all emotional, impetuous, sentimental, irrational and too sensitive. Right?

I fuck other men. I have sex with them regularly. I love it, but I don't love them.

I do care for most of them. They are decent guys or I couldn't fuck them.

But I do not love them, and I am not wanting to love them. I make that clear upfront. Most know I'm married and taken. Some of them didn't realize my husband knew that I was sleeping with them because I didn't tell them. Some guys are weirded out by open relationships. And there were a couple of guys who never knew I was married at all. I just thought it was easier that way.

But no matter what they thought I always made it clear I wasn't looking for any relationship, other than sex. It's only fair. I don't want to mislead them. Some men are looking for relationships and I didn't want them to think that there was a possibility of that with me. It also makes it clear what I am looking for. That way there are no expectations. It's just sex.

I may call it a date, but I really have no expectations that they buy me dinner or buy me gifts, or be available on holidays or anything like that. It's a sexual relationship. The only thing I expect is sex. Preferably good, satisfying sex.

That almost happened once. I was seeing a guy who was three years older than me. He was divorced with two kids. The kids lived with him, which meant we had to see each other during the day. It went well for about two months. On more than one occasion we went out for lunch before or after we had sex. He was always the gentleman. I enjoyed his company. The sex with him was good and getting better as we got familiar with each other.

One day he asked me if we could meet for dinner. I thought nothing of it, and was ready for a change of pace and seeing him during the evening. We met for dinner at a super nice continental restaurant downtown. We started with an expensive bottle of wine, two appetizer courses and were into our dinner when he popped the news: he had feelings for me!

You could have knocked me over with a feather. I never saw it coming. Even looking back I never saw any signs. He was always the gentleman, but I never picked up any signal that made me think it was anything more than sex. Then he hits me with this news.

I knew it would ruin our dinner and I hated to do it, but I told him immediately that I did not share his feelings. Then I stumbled through the usual you're a nice guy, let's be friends bullshit, and I left out the "why did you have to go and fuck up the sex" scolding.

I was right, though. Dinner was ruined. We tried to get through it the best we could. We skipped dessert and skipped out of there.

I never saw him again. He sent me some emails and left me messages. I did write him once and told him I was sorry but I could not see him again. I never meant for him to be hurt. That's why I'm always upfront with every guy. If he tries to turn our relationship into more than it is I shouldn't have to feel bad about it (but I did a little).

It's just sex guys. When it's over I go home and you go your way. Deal?